The school was originally established on Canonbury Street, adjacent to Berkeley Castle. It was built in 1861 and known as the Fizharding School.

During the 1960’s, the construction of the Nuclear Power station had led to an increase in the local population, and consequently the number of children on the school roll. The school building at this time housed eight classes and in 1964, with the headmaster, Mr L. A. Heaven, moved to new premises.

Today Berkeley Primary School can be found on Marybrook Street. Originally, the Edwardian building, which was built in 1910, was the local Secondary Modern School.

For those who attended the school during the 1950’s may recall that bee keeping was on the curriculum! The school also kept pigs!

The Pig Club taught the children husbandry. The pigs were fed with pig meal as well waste from the school canteen. The reward at the end of the school year was the slaughter of one of the pigs and the joints and offal from the animal shared amongst the members of the Pig Club.

During the 1950’s the nominated sport for boys in the school was rugby; this was quite unusual as all other schools locally played football. Consequently away, inter-school rugby matches occurred some distance away at Bristol or Gloucester. The school’s preferred sport was to the advantage of one of its pupils, David Davis. David was a talented rugby player and was chosen to play for his country later in life.

The Berkeley Secondary Modern School continued until the new Comprehensive School was built at Wanswell. It was not until September 1964 that the school became the Primary School when the original school transferred here from Canonbury Street; the headmaster at this time Leslie Heaven.The school bell which was first installed in 1910 in its tower on the gable end of the main school building is still present today. The bell  has remained  a symbol of our school heritage since its installation one hundred years ago.If you would like to know more about the school’s history and other fascinating information about the people and development of Berkeley, then David Tandy’s book, “Berkeley – A town in the marshes” would be of interest to you. 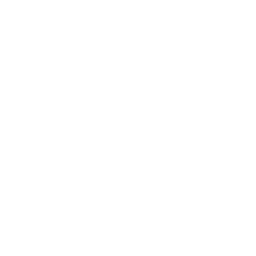